Rick, a small-time crook in Los Angeles, becomes an unlikely hero in the mystical battle between good and evil which has been fought since the days of Ancient China. And Rick is an angry, unfocused fight club member who is barely equipped to deal with…well…anything.

Fans of action and comedy who like Shang-Chi, Army of Darkness, Big Trouble in Little China, and even ’80s buddy comedies should all find something to like here. 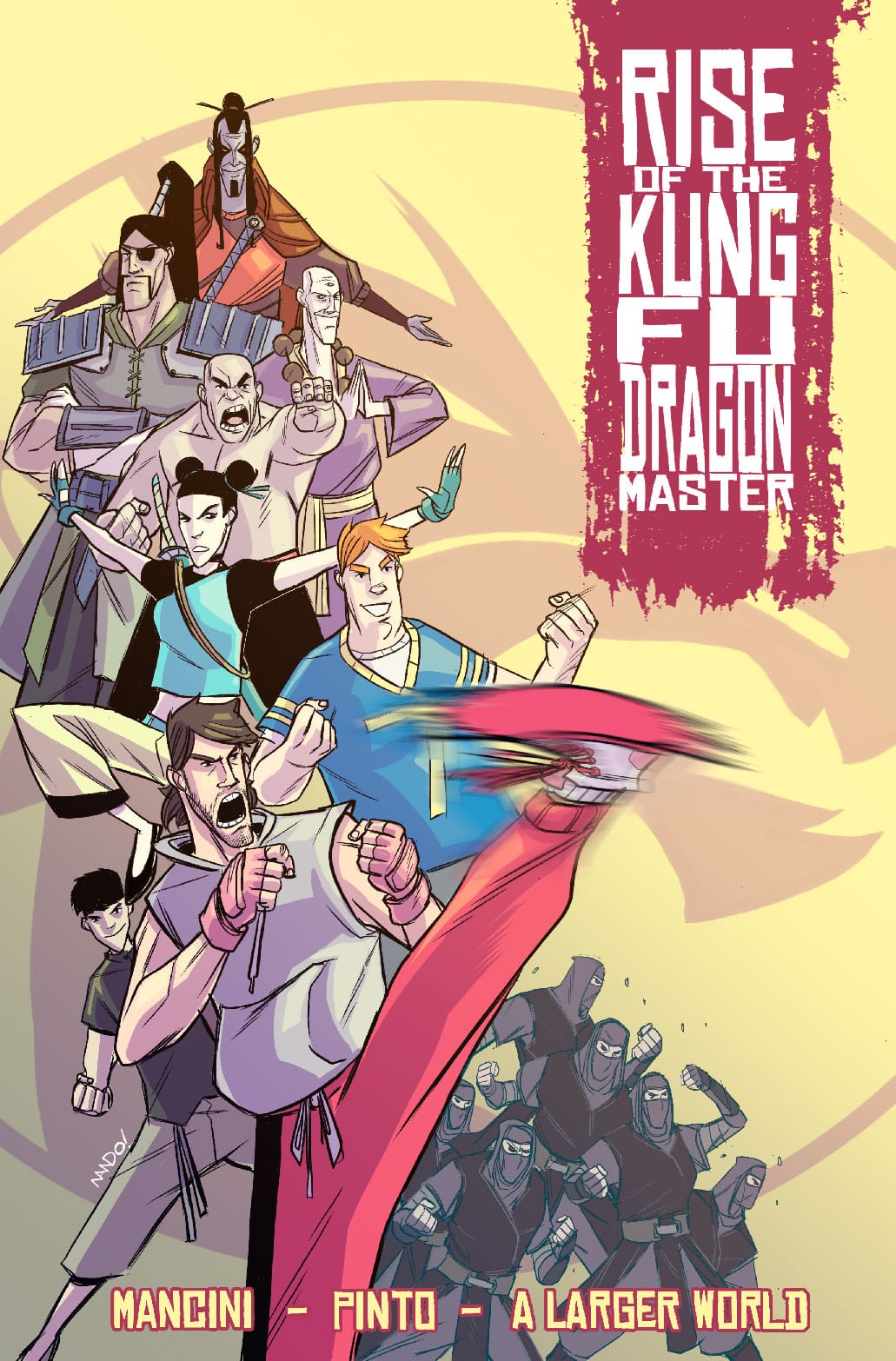 The first part of Rise of the Kung Fu Dragon Master is available now in both printed graphic novel and digital book formats. The first edition is over 100 pages in length, features a forward by Brian Augustyn.

White Cat Entertainment offers this first edition, sold directly to you and autographed by author Chris Mancini, in our online store.

Thank You For Supporting Our Work

By buying our graphic novels and books directly from White Cat Entertainment, fans ensure we can continue to tell our stories the way we want to tell them.

The second half of Rise of the Kung Fu Dragon Master graphic novel series is currently in production and should see print release in March of 2022.

For updates on production and sneak peeks, follow White Cat Entertainment and the creative team on social media.

Chris Mancini is a crazy-talented story teller who is far more entertaining than anybody you know personally — even cousin Chip, who I really should tell you keeps passing off Oscar Wilde’s stories as his own. Don’t reward Chip for making it weird. Reward Chris for producing a great book. It’s the right thing to do.

Rise of the Kung Fu Dragon Master is a comedy/action/fantasy graphic novel about Rick, a small-time crook in Los Angeles who becomes an unlikely hero in a mystical battle between good and evil that has been fought since the days of Ancient China.

It’s a love letter to the ‘80’s action, buddy, and comedy movies Chris Mancini grew up on. Along with the action/comedy, the story explores the self-destruction a life of anger and violence can bring, and how to follow a new path that can lead to peace and balance. But, even so, the book features epic martial arts fights, fantastic creatures, and surly baristas.

Have a Free Sample!

Enjoy a five-page excerpt from the graphic novel below. Click to enlarge each page.